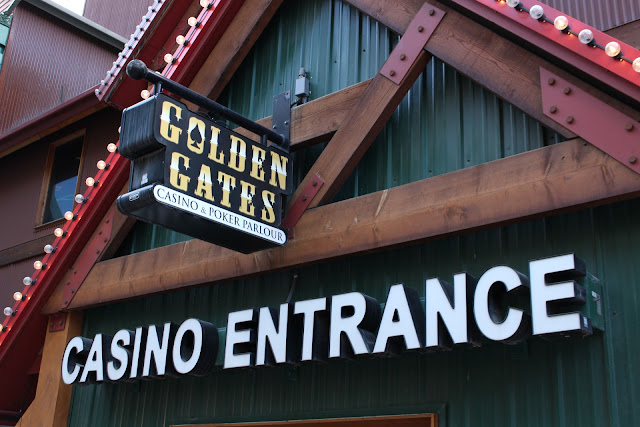 HPT has a history of tournaments with monster prize pools at this venue in the quaint city of Black Hawk, nestled in the mountainside of the Rockies at an elevation of 8,500 feet.

Golden Gates Casino has hosted HPT 28 times since 2007 and collectively awarded well over $25,000,000 in Main Event prize money at those stops.

The schedule for the July series is loaded with a variety of tournaments with buy-ins ranging from $60 to $1,100. Click HERE for the full schedule.

The newest addition to the schedule is a unique $400 Tag Team event that has become the most popular tournaments on the schedule at most locations. A pair of players put up $200 apiece and each gets their own 12,000 chip starting stack. Partners are seated at different tables. From there, the tournament plays normally until the tournament staff randomly announces "Switch!" every 8-20 minutes. When the announcement is made, the clock is paused and players switch seats with their partner. Even if in the middle of a hand!

The biggest turnout of the week will likely be for the opening $400 NLH event. That tournament features four flights. Players who advance from their respective flights will come back Sunday for Day 2 action and play down to a winner. The opening event at Golden Gates has seen upwards of 1,000 entries in the past.

The biggest prize of the series will almost assuredly go to the winner of the $1,100 nationally televised Main Event on the second weekend. Last July's Main Event saw 763 total entries. Ben Brown came out on top for a $159,131 score.

This series is a great stop to hit on the way home from a successful summer in Vegas!
Posted by korey729 at 10:24:00 AM No comments: