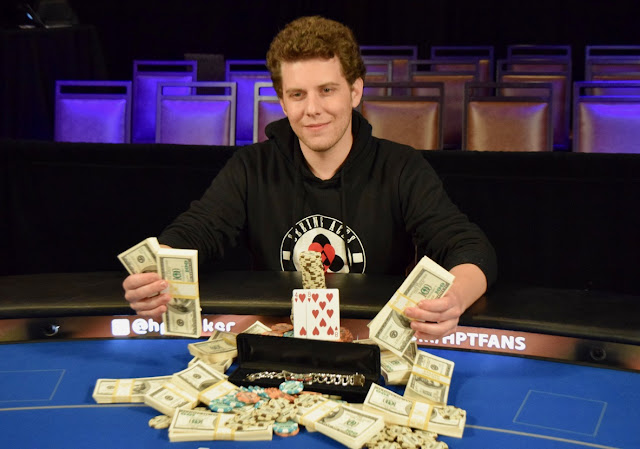 A dominating performance from a few places before the money bubble all the way through the final hand of the event, @AriEngelPoker takes down the Season XIII @HPTPoker Championship at @AmeristarSC - and with it the Player of the Year title as well.

Engel came to the Championship 19th in the Player of the Year standings, only able to win the title with a tournament victory and the players in the top 10 not making the final table.

He hit every benchmark along the way, taking the chiplead right before the money bubble, bursting the bubble and rolling all the way to the final table.

The final table was rough-going for a while, down to 10BB at one point, but he recovered, eventually defeating Jake Bazeley heads-up FTW.

Engel earns $162,154 for first place, and entries in to six HPT Main Events in Season XIV as Player of the Year.

Here are the final results. 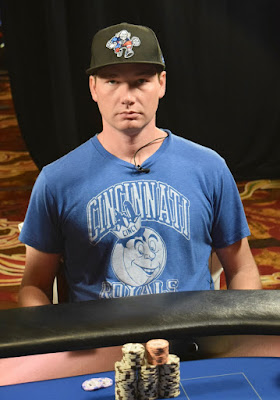 @AriEngelPoker has a 8.2 million to 1.2 million lead, and he puts pressure on by moving all in preflop to put @JakeBazeley at risk, and Bazeley calls off his stack.

Bazeley adds a gutter straight draw on the

flop, but Engel takes the lead on the 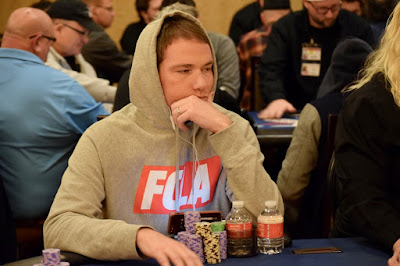 @AriEngelPoker has had the best of it in the early goings of the heads-up match against @JakeBazeley (above, file photo) for the Season XIII @HPTPoker Championship, opening a better than 4-1 chiplead.

Bazeley now moves all in preflop for 1,265,000 and Engel makes the call to put Bazeley at risk to bring the tournament to a close.

That was all but over pretty quick on the

There's a #TeamGary Hashtag Going Around 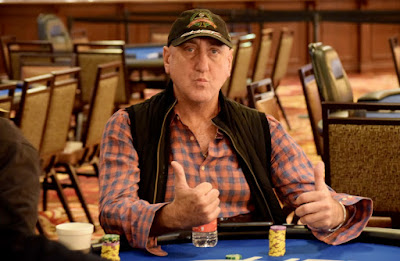 Gary @MowsPoker Herstein leads the Season XIII @HPTPoker Player of the Year race, and earns the title if @JakeBazeley defeats @AriEngelPoker heads-up now in the final tournament of the season.

There's a #TeamGary hashtag floating around, most likely coming from Chicago where Herstein is sitting with friends, watching the livestream and sweating the result. 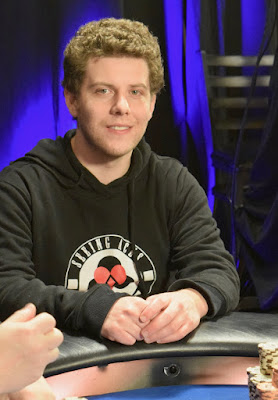 @AriEngelPoker (above) and @JakeBazeley (below) are set to battle it out heads-up for the @HPTPoker season championship. The winner receives $162,154 with $102,647 to the runner-up.

With a victory, Engel secures the Season XIII Player of the Year award and with it, entries in to six HPT Main Events (plus hotel accommodations) in Season XIV. Engel finishes 4th in the POY if Bazeley wins. Bazeley is not in the running for Player of the Year.

Bazeley has a 5.4 million to 4 million chiplead to start heads-up play. 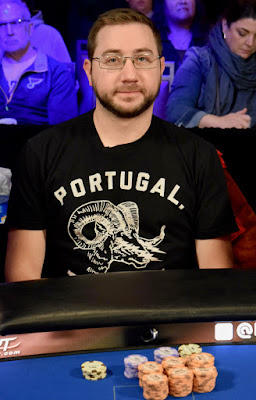 Niel @fly4444 Mittelman moves all in preflop for about 1.6 million and @JakeBazeley makes the call to put Mittelman at risk.

Bazeley takes the lead on the

flop, adds two pair with the

eliminates Mittelman in 3rd place, a $68,737 cash, Bazeley moving to about 5 million.

The heads-up match between Bazeley and Ari Engel starts soon. 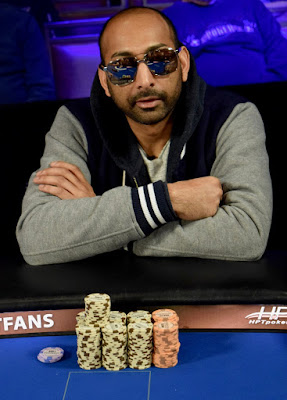 Neil Patel moves all in preflop, @AriEngelPoker asks for a count (705,000) and Engel makes the call

Neil Patel opens for 290,000, @AriEngelPoker moves all in and Patel calls, having Engel's 1.875 million covered.

Both players hit their kickers on the