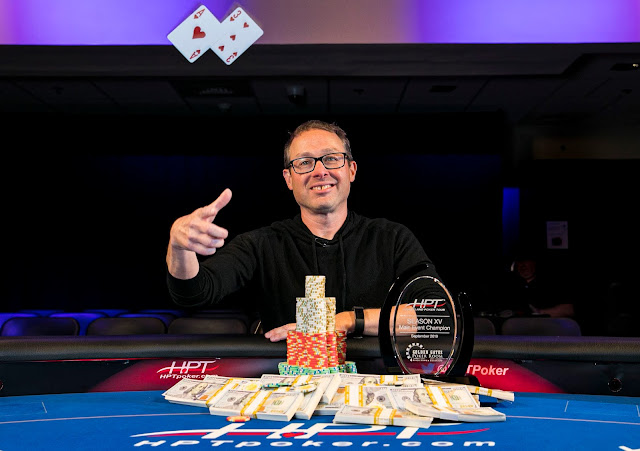 Jay McVeigh began the HPT Main Event final Table at Gates Poker Room in Black Hawk, CO., as the short stack at 445,000. He slipped to 7bb at one point and needed a river Ace to keep from finishing in 9th place.

He was all in with Jacks against Queens and turned a straight to survive once again. By 4-handed play he was the chipleader and went on to earn the $137,876 first-place prize.

"I sucked out in every possible way," McVeigh laughed shortly after the winner's interviews were completed. He sat with his wife and watched the final few hands on an iPad awaiting the final photos.

McVeigh went to heads-up play with a 10-1 lead against start-of-day chipleader Tan Hoang and closed out the win after a few hands. McVeigh earns the win at his third HPT final table. He was 6th in 2016 and 5th in 2017 in Kansas City, where he lived before moving to Colorado a year ago.

Jason Meglich had the chiplead for a while before exiting in third place with a $56,649 payday, followed by John Small in 4th ($39,365). The entire rail, livestream commentators and more were cheering on Gloria McCall all day, as she picked up a 5th-place finish and a $29,673 for her first-ever tournament cash.

Among those who came and earned a Main Event cash was the leader of the HPT Player of the Year leaderboard, Nick Pupillo in 12th ($10,251), just 2 days after a 7th place finish in Atlantic City. 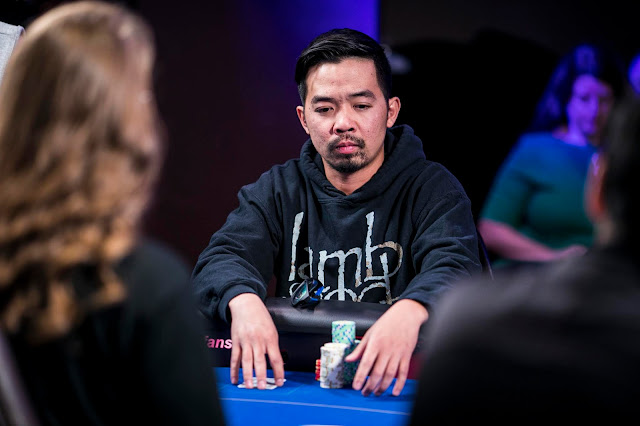 One hand after a river 4 gave Tan Hoang a chop-pot in his heads-up match with jay McVeigh, Hoang moves back all in preflop at the @HPTpoker Main Event @Gates_Poker and McVeigh quickly calls.


The flop comes out

and Hoang puts on his backpack when the turn

Not this time, the river is 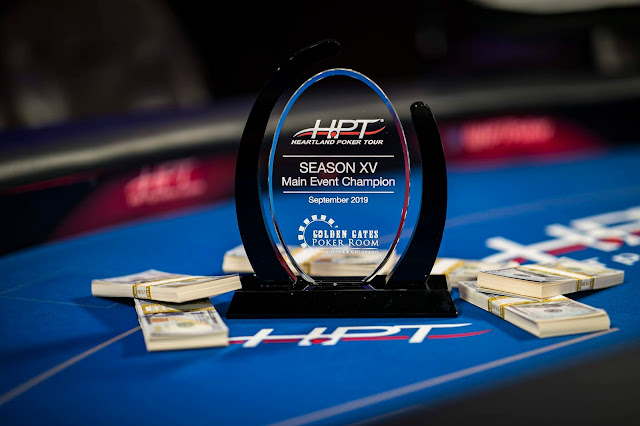 Jay McVeigh and Tan Hoang are set to play heads-up for the @HPTpoker Main Event title at @Gates_Poker in Black Hawk, CO. 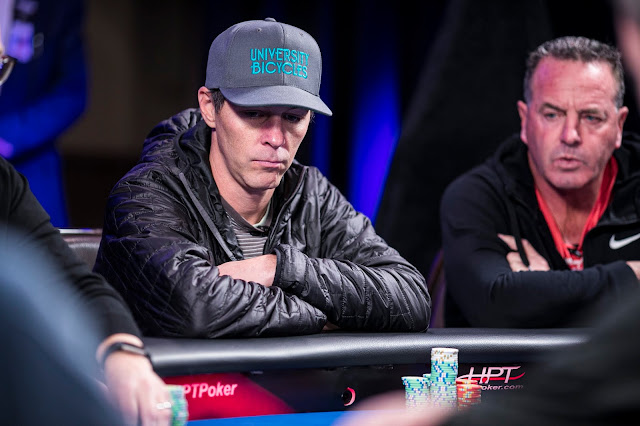 The all-Spades flop comes out

, McVeigh leads out for 300,000, Meglich moves all in and McVeigh quickly calls to put Meglich at risk.


Tan Hoang sits on the sideline, looking to try and get heads-up.

Heads-up play begins in a few minutes, McVeich with a 10-1 lead. 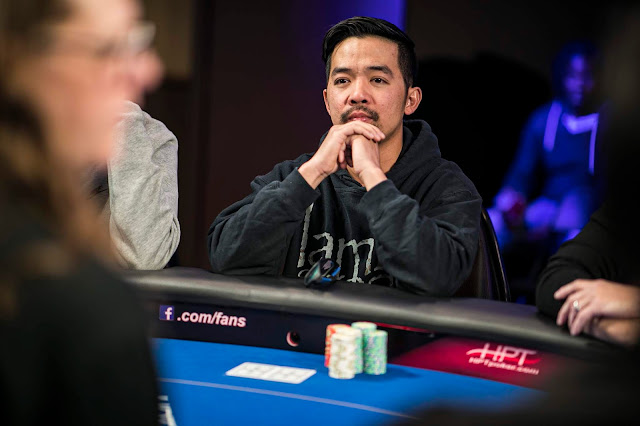 Tan Hoang moves all in preflop for his last 1,370,000 and Jay McVeigh - next to act - also moves all in to give Jason Meglich the option of calling off his stack or mucking. Meglich gets out of the way and up go the cards.


Hoang picks up a backdoor straight draw on the

, and a shout of surprise comes from Hoang's late-arriving rail as he doubles through McVeigh to 2.8 million, while McVeigh still holds the chiplead at 7 million.

Hoang was all in one hand earlier with Ace_Jack, and ran in to the Ace_Jack for Meglich for a chop-pot. 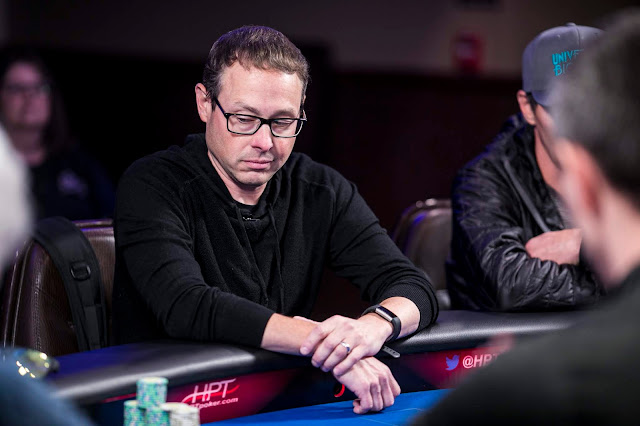 Jason Meglich opens, Tan Hoang and Jay McVeigh come along from the blinds, three-handed at the @HPTpoker @Gates_Poker final table.

The all-Clubs flop comes out

, Hoang leading out for 350,000, McVeigh coming along and Meglich stepping aside.

Hoang is going to be at 10bb when the three players return for a 30-minute dinner break. 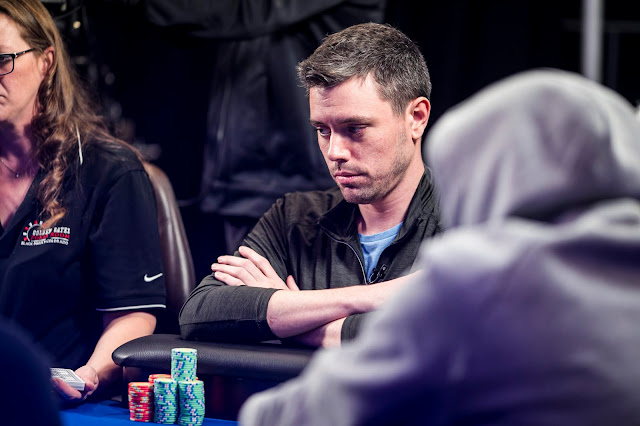