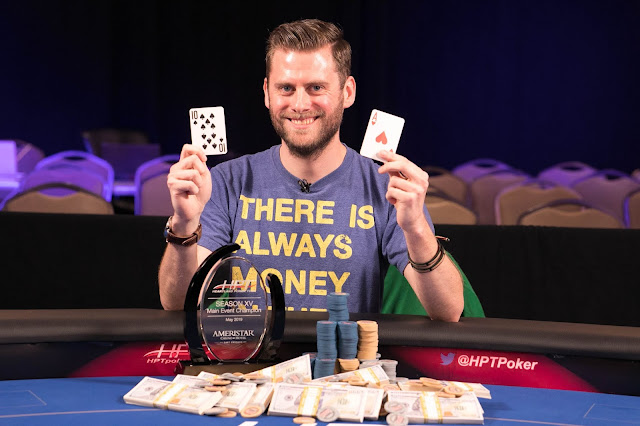 Chris Moon started today with the biggest stack and ended with every chip in play to win the @HPTpoker East Chicago Main Event. Moon earns $187,399 – including a $3,500 HPT Season XV Championship Package for the victory.

Moon came to the final table with 6.1 million of the 17.1 million chips in play and he never let up, maintaining the chiplead for every hand at the final table. Moon eliminated the players in eighth (Dennis Ng), seventh (Paul Elfelt), fifth (Bryant Miller) and fourth place (Craig Casino), before winning the tournament’s final hand.

Aces cracked was the mode in the middle of the tournament. Eric Salazar used Q-9 to crack the Aces of Mike O’Neill, leaving O’Neill just 1SB and he was out two hands later. Salazar had his own Aces cracked two orbits later by Zverkhovskyy, taking all but 900,000 of the chips he won not much earlier.

Salazar finished third, cashing for $74,456 as he was knocked out by Zverkhovskyy. Moon was the only player able to have his Aces hold in an all-in situation, eliminating Bryant Miller in fifth place.

Mr. HPT – Craig Casino, No. 1 on the All-time HPT Money List – moved to more than $1 million in career poker tournament earnings with his fourth-place finish and $51,735 cash 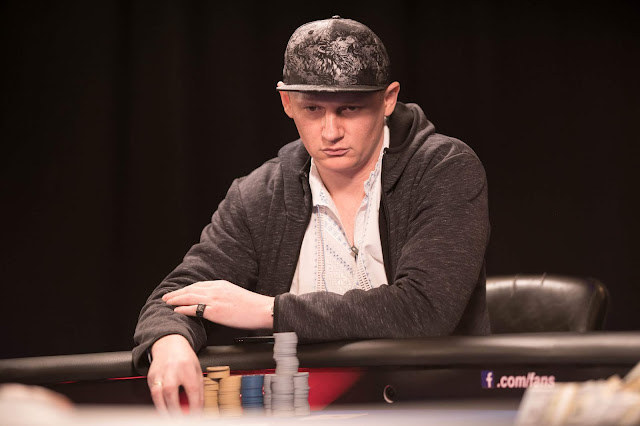 Down to his last 1.5 million in chips, Art Zverkhovskyy moves all in and Chris Moon makes the call to potentially bring the @HPTpoker East Chicago Main Event to its conclusion.

Both players catch top pair on the

flop, with Zverkhovskyy picking up a flush draw on the

turn, plus looking to pair the 6 or 8 on the board for a chop.

and Zverkhovskyy is eliminated in second place, cashing for $113,605. 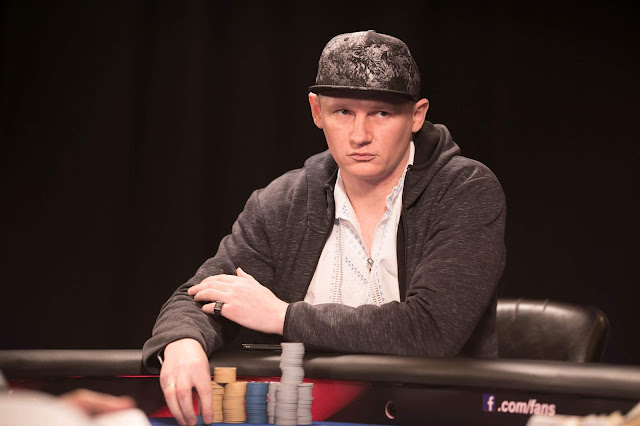 Chris Moon has pulled a bit further away from Art Zverkhovskyy than where he was when @HPTpoker East Chicago Main Event heads-up play began, holding about a 5-1 chiplead.

and Zverkhovskyy leads out for 250,000 with Moon calling.

for a flopped straight
Moon -

for a turned two pair.

and Zverkhovskyy doubles to 4.8 million with Moon sliding to 12.4 million