Cards in the Air for the $2500 Championship 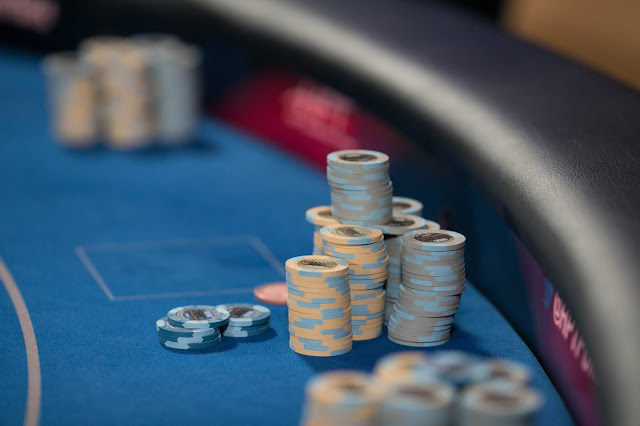 You can follow tournament updates for this Main Event all weekend https://bit.ly/2qCeKfR.

The HPT $2,500 Championship Main Event is underway from @HollywoodSTL. This year-end event features a $700,000 guaranteed prize pool. There are three total starting flights, each one allowing late registration until the start of Level 9. All players who enter will receive a 30,000 starting stack and blinds are 60 minutes throughout.

This HPT Main Event is unique from all others in that it is a single re-entry event. Players are allowed to re-enter once per flight.

On top of the six-figure payday on the line this weekend, this is the last event to collect points for the Season XV Player of the Year title. At the moment, HPT regular Nick Pupillo has a significant lead on the field, but there are a few players who can catch up with an outright win. Click HERE to take a look at the standings.
Posted by korey729 at 1:24:00 PM No comments: 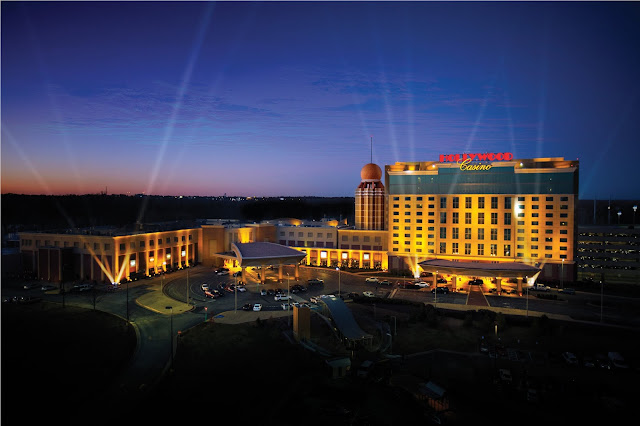 After a monumental season where Heartland Poker Tour (HPT) broke several records and awarded millions of dollars in prize pool money to poker enthusiasts nationwide, the popular poker tour and television show will cap off the year with a $2,500 Championship Main Event at Hollywood Casino & Hotel St. Louis this weekend.

Last weekend's opening $350 NLH event drew an impressive 912 total entries. That tournament ended in an 8-way ICM chop. The big numbers have continued all week and the tour looks to carry that momentum into this weekend's $700,000 guaranteed Main Event.

The Main Event offers three flights for that tournament, the first of which is Friday at noon. Each player who enters will receive a 30k starting stack and blinds are one hour in length from start to finish. Flight B is Saturday and the final flight is Sunday. Cards will be in the air at noon for all three flights with late registration open until the start of Level 9. Day 2 is Monday and the final 9 will play down to a winner on Tuesday.

In addition to the large sums of money available throughout the series, there is also plenty of hardware at stake. The winner of Event #1 earned an oversized custom gold chain. The winning duo in the TagTeam tournament each took home a wrestling style belt. Classic trophies await the last player standing in the Seniors Championship and the Main Event.

Hollywood Casino St. Louis is a convenient 10 minute drive from the airport. The casino offers 120,000 square feet of gaming space with over 2,000 slot machines and nearly 100 table games. The 20-table non-smokingPoker Room is the largest in the market. Put in four hours of live play to receive a $15 food voucher.

Players traveling to St. Louis for the HPT event are being offered exclusive discounted room rates starting at $79 per night. There are a limited amount of rooms available at the discounted rate by phone at 314-770-8100. Mention HPT when you speak with a reservationist.

Lots of players will make their way to Hollywood St. Louis this weekend to take a shot at poker glory during the $2,500 HPT Championship Main Event. More details are available at HPTpoker.com.
Posted by korey729 at 12:51:00 PM No comments: