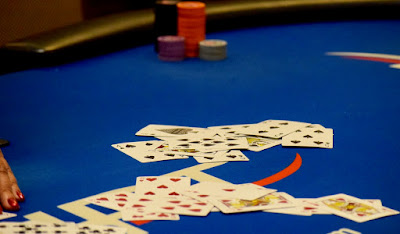 Nick Pupillo and Garrett Riley are among the recent eliminations right after returning from break.

Both players - and everyone else looking to take a shot at Day 1B - have until the end of the dinner respite at about 930pm - when RozTheTD puts cards in the air for the start of Level 10.

The field is now officially at more than 300 entries - the largest combined Day 1A/B Labor Day Weekend HPT field in the last three years (maybe more, but I only have access to 2016/17 numbers).