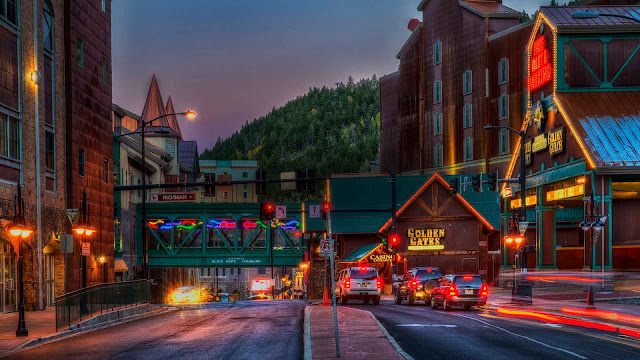 Cards are in the air for the $1,100 Main Event at Golden Gates Casino & Poker Parlour. PokerNews (@PokerNews) will be reporting on this tournament all weekend long at PokerNews.com.

Golden Gates has been a staple on the HPT schedule since the first time the tour visited back in 2007. Over $25M has been awarded at the Black Hawk, Colorado venue since that first stop.

This weekend's big blind ante event features four starting flights (Wednesday through Saturday). Each flight will play fifteen 40-minute levels or down to 13% of the field, whichever comes first. At that point, the remaining players will bag and tag their chips for the night.

Players who advance from their respective flights will combine and return to the felt Sunday for Day 2 action at 11am. The field will play down to the final nine Sunday before stopping for the day. Those final nine participants will take their seat under the lights of HPT's nationally televised set Monday at noon to play down to a winner. The final table will be streamed at twitch.tv/hptpoker and will also be aired on TV in the near future.

Last July this event drew 763 total entries across four flights. In the end, Ben Brown came out on top for a $159,131 score.

Be sure to follow along with the tournament action from Golden Gates all weekend long through PokerNews' updates at https://bit.ly/2XVwxJt.
Posted by korey729 at 10:56:00 AM