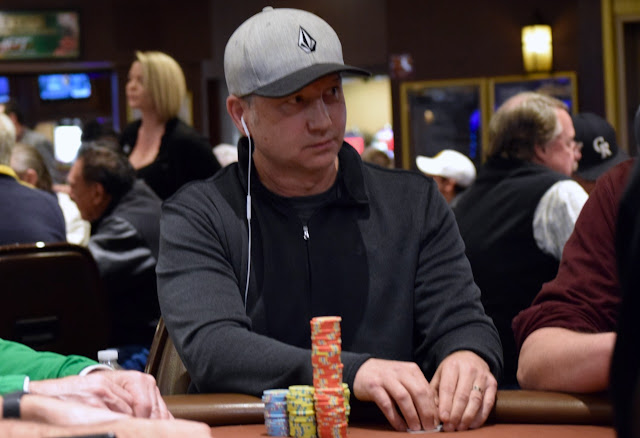 Davit Litt (589,000) bags the top stack in Day 1B of the HPT $1,650 Main Event at Gates Poker Room in Black Hawk, CO, with a late rush by Maziar Keshavarzi placing two half-milly stacks atop the leaderboard.

The final starting flight - Day 1C - begins Saturday at Noon. Registration and a single re-entry per player is available until ~7:30pm when Level 10 begins.

Here's the chipcounts for the 19 who did find that Day2Bag.