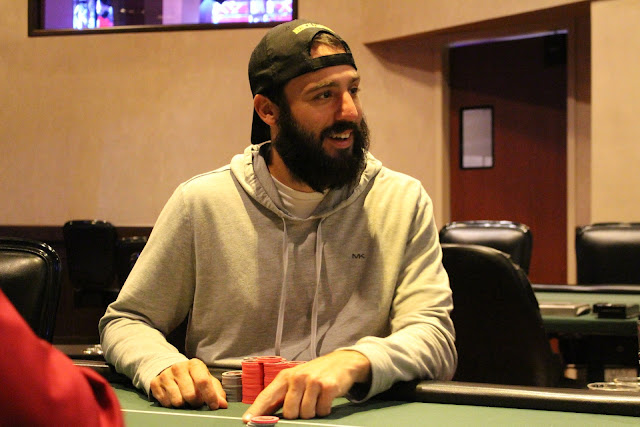 After a grueling three hours of 3-handed play, Ricky Ali and Terrence Mattison found themselves heads up for all the marbles. Day 2 action began over 11 hours ago so it has been a long day for both players.

At the start of heads up play, Ali had a slight lead, but Mattison had plenty to work with. The two traded blows for about an hour before the following hand ended the tournament:

After Mattison raised to 400k preflop and got a call from Ali with blinds at 80k/160k, the flop came

The turn was the