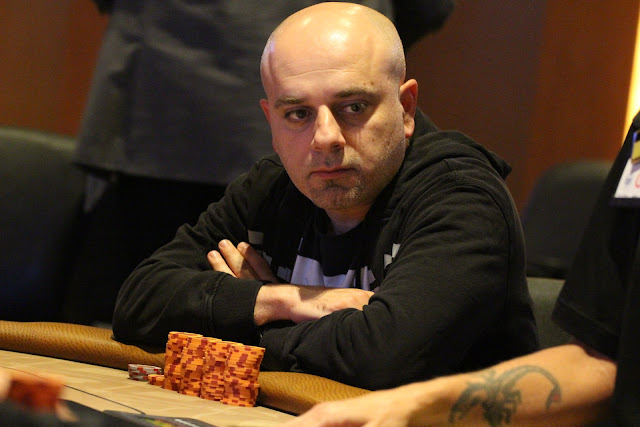 There hasn't been a ton of action since we began 3-handed play a level ago. Lots of preflop raises taking pots down. However, the following interesting hand just took place and is worth reporting on:

Wasim Mahfooth (pictured) was facing a 250k bet from Josh Gervais. Mahfooth went all in for 1.07M. While Gervais was deliberating Mahfooth thought he heard call so he showed his 10-9 offsuit. Gervais had not acted yet, but seeing those cards made it a fairly easy call for him and that's exactly what he did with the king-jack of clubs.

The flop brought a nine to put Mahfooth in the lead. The turn brough a club to give Gervais a world of outs. The red eight secured the double for Mahfooth.